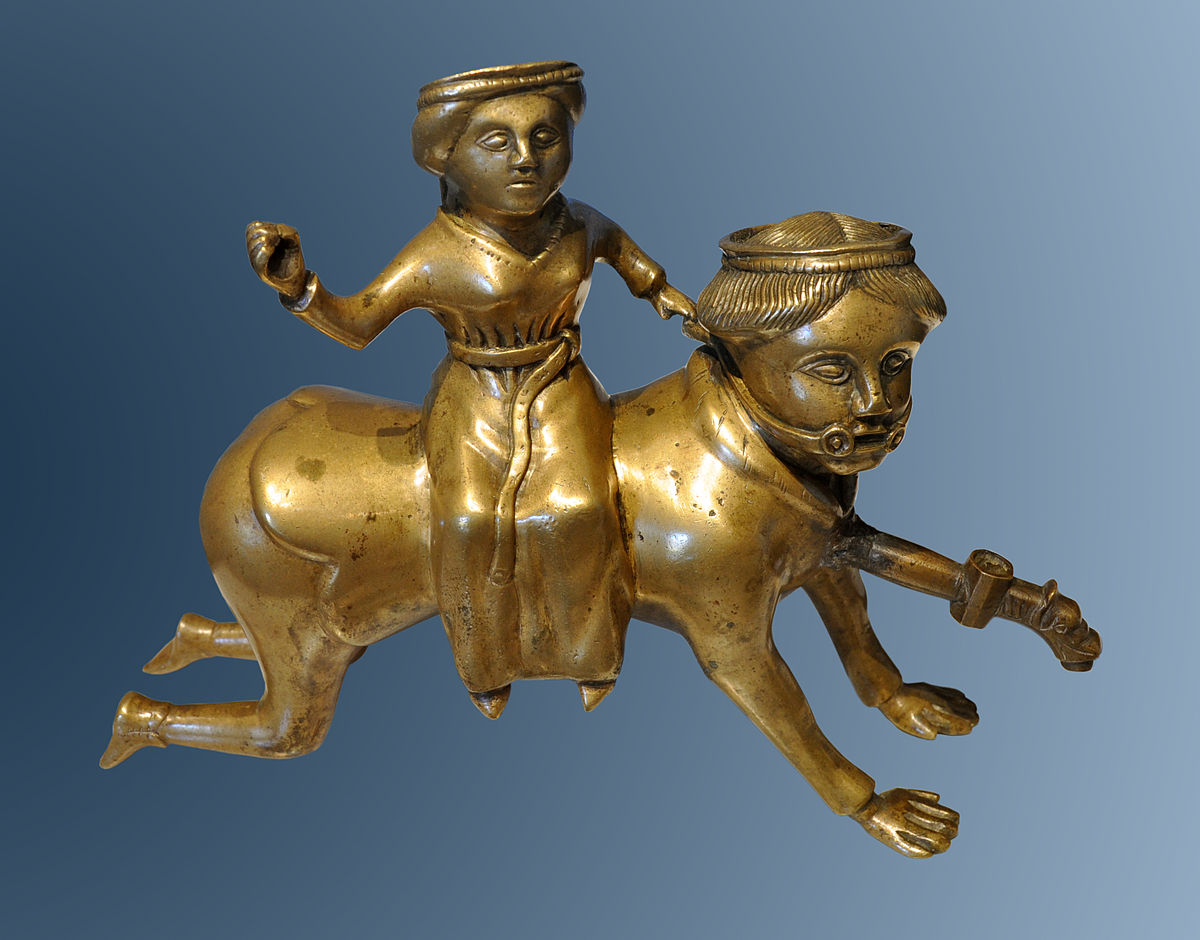 For all that he is The Philosopher in the later Middle Ages, the most striking iconographical depictions of Aristotle from the period are of him on all fours, being ridden by a woman.

Aristotle’s pony play comes about when Alexander the Great’s beloved takes revenge on Aristotle, Alexander’s tutor, for having chided Alexander about the foolishness of loving and having persuaded the great leader to abstain from seeing his lady for a period of time. When Alexander finally cracks and re-visits his beloved, she promises to make Aristotle a hypocrite by having him fall in love with her, which she does by wandering hair loose and in an un-girdled gown in the garden beneath Aristotle’s window. Once caught by his desire, Aristotle is only too happy to accede to the lady’s wish to saddle him up and ride him around the garden, in which sorry state Alexander can see him and chide him in turn.

One of the poetic tellings of this tale, the Lai d’Aristote (Lay of Aristotle) by Henri de Valenciennes (formerly thought to be by Henri d’Andeli) is of interest to musicologists because of the interpolated songs that the lady sings to entice Aristotle to love her. Although only one of these manuscripts was originally set up to contain musical notation for the songs (which was sadly never completed), some of the refrains at least are attested elsewhere (see the Refrain database and/or search under ‘Aristote’ in Ardis Butterfield, Poetry and Music in Medieval France).

The Lay of Aristotle exists in six surviving medieval manuscripts sources, and the five in Paris are all online: