Some publishers fear that my posting pdfs of my published work on this website will jeopardize their sales.

I’ve become so used to journals in particular allowing me to post copies of my work here that I am now brought up short in shock when publishers refuse to allow it. Unfortunately this has happened a couple of times in the past few weeks, so I thought I’d blog about it.

I received a request from a student at the Institute for Music, Martin-Luther University Halle-Wittenberg for a copy of my 2009 New Medieval Literatures article on grammar (the student was writing a paper on Guido of Arezzo). The student noted that the library at Halle-Wittenberg didn’t subscribe to the yearbook in either hard copy or electronic format. In the olden days, one used to get 25-30 offprints from journals (which weren’t thought to damage the market for the journal or book), but since the advent of electronic circulation, presses rarely send such hard copies. In the case of New Medieval Literatures I had no hard copy offprint I could post to the student because the journal is available online, but neither did I have an electronic copy I could email to the student.

The reply from Brepols to my request for a pdf I could either email to the student or post on my website was a partial success. I was told (via the volume guest editor) that while Brepols could indeed provide me with a pdf, it would be strictly for private use and to send to other academics. Brepols apparently referenced ‘general agreement’ that the practice of putting it up on my website would result in a level of availability that would discourage people from buying the books/journals.

I had to agree and duly sent the pdf to the student via email (I have now added a blog post about this article). Striking here is the publishers’ fear that their market will be shrunk by the availability of an online version. There is ‘general agreement’ about this, apparently. It is a certainly a view shared by Oxford University Press’s New York office (where their music books are published). When I even more recently requested that a forthcoming chapter on Machaut’s balade 18 be posted on my website, the publisher claimed that:

Posting chapters online can have a very real and negative effect on the market for the book, and so it is not possible under the terms of the contributor agreement (see paragraphs 1 re: all publishing rights and 2d).

Maybe I should have read the small print first (although I signed that contract quite some time ago, before I was blogging and webmounting my work, so probably did read it but failed to see its significance). The blogpost about this OUP book chapter, which has now been published, can be found here; notably the chapter is nearly completely available via Google Books!

Noteworthy, too, is the lack of evidence for their assertion that the mounting of my work on my website will affect sales. If there were really such ‘general agreement’ (Brepols), that ‘posting chapters online can have a very real and negative effect on the market for the book’ (OUP, NY) it would not be the case that other academic presses, notably Cambridge University Press, are so very relaxed about allowing me to post my journal articles (for example, this) and book chapters (for example, this and this) on my website.  A larger irony is that OUP itself (albeit not the New York office, but the OUP Journals Department, which is still based in Oxford, UK) happily allow me to post my three publications in Early Music (see here, here, and here). As noted on this blog, they provide special electronic offprints which allow them to track its usage. This suggests that there is no consistency at the level of the publisher and that what one gets when one makes such enquiries is the personal view of particular individuals in particular departments.

My website gets only c.100 page views a week, so I’m not sure that undercutting the marker of a major international publisher is realistic. As far as I’m concerned, sales of journals and edited books from university presses are fairly stable since they are bought — often en bloc — by Higher Education Institutions. If anything, I would have thought making content from these journals available to those at institutions not already subscribed would have a (small) positive effect. Basically, my website is better viewed as free advertising rather than theft!

The DIAMM directors had a similar discussion when we chose to mount the images from the Eton Choirbook online even though we were about to publish a facsimile of the book using the same digital images. Some of the DIAMM directors worried that the online availability of the images would negatively affect sales, but those less concerned by this had their way. And anecdotal evidence suggests that many people bought the book after viewing the images online and might not have known about the facsimile otherwise. Advertising not undercutting; publicity not theft.

Other ironies here are rife. OUP is my own university’s press — technically a department of my home University, for all that it’s a large commercial enterprise. It surely exists at least in part to publish the work of Oxford academics, yet it is refusing to allow me to post my own work on my own website, simply because it has been typeset. For an academic at a public Higher Education establishment where research is paid by the public purse, it seems odd that my wish to make my research available to the wider public (although very few of them will interested!) is stymied by a (US) branch of my own publicly funded institution. There has been some talk of public funders (research councils, and so on) only funding work when the outputs will be publicly available in open source and various models for this have been proposed. There was even a conference in London last week aimed at allaying the fears of publishers on this score.

Aside from wider public impact, there’s the (to me, more important) issue of specifically academic impact and influence. I’m pretty sure that the disappointingly minor impact that my first monograph has so far made (given its novel claims, wide material base, and original methodological take) is because there is no electronically searchable version of it available. I’ve seen plenty of things published recently that engage with issues, pieces, and ideas that I’ve already discussed extensively, without any reference to my work, either negative or positive. I don’t think it this is because people are deliberately ignoring it but because they did not identify my book (whose title is, I now think, a bit obscure and was probably a mistake) as intersecting with their own work. I don’t think this is their fault. Increasingly, because of electronic searchability, academics are able to discover important references to things they are interested in in publications whose titles and abstracts might make no mention of those things. This is not so much a worry for me with journal articles that are aggregated by  JSTOR, but things that aren’t on JSTOR (journals like PMM, or edited books), are much harder to identify as relevant to one’s own work.

Making one’s outputs discoverable in this day and age means making them discoverable online. For future reference I shall be studying the Sherpa RoMEO website with care and picking publishers who allow me to post my publications here. As RoMEO notes in its FAQs

Evidence shows that citations to articles made openly accessible in this way are taken up and cited more often than research that is simply published in journals.

Although it has to be said that they, too, fail to cite this ‘evidence’. If anyone’s got anything more scientific than mere anecdotes and fear- or optimism-driven assertions, please post a comment linking me to the hard evidence either way. Thanks! 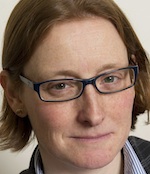 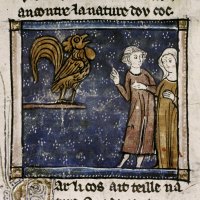 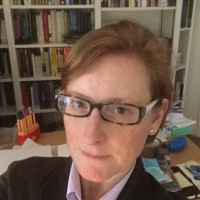 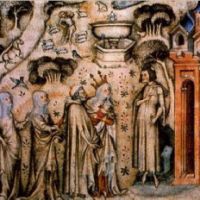 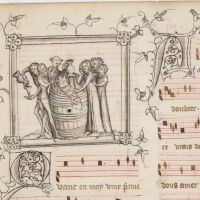 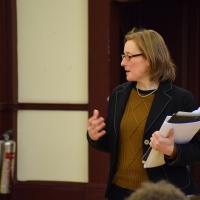 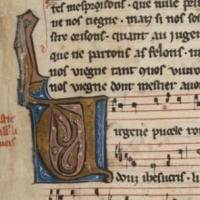 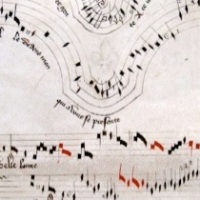 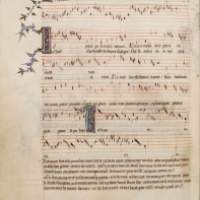 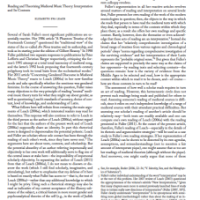 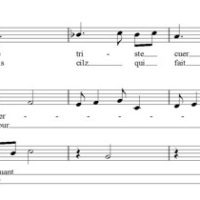