At once a royal secretary, a poet, and a composer, Guillaume de Machaut was one of the most protean and creative figures of the late Middle Ages. Rather than focus on a single strand of his remarkable career, Elizabeth Eva Leach gives us a book that encompasses all aspects of his work, illuminating it in a distinctively interdisciplinary light. The author provides a comprehensive picture of Machaut’s artistry, reviews the documentary evidence about his life, charts the different agendas pursued by modern scholarly disciplines in their rediscovery and use of specific parts of his output, and delineates Machaut’s own poetic and material presentation of his authorial persona.

Leach treats Machaut’s central poetic themes of hope, fortune, and death, integrating the aspect of Machaut’s multimedia art that differentiates him from his contemporaries’ treatment of similar thematic issues: music. In restoring the centrality of music in Machaut’s poetics, arguing that his words cannot be truly understood or appreciated without the additional layers of meaning created in their musicalization, Leach makes a compelling argument that musico-literary performance occupied a special place in the courts of fourteenth-century France.

“This must be the best, and is surely the first really complete treatment of Machaut, the first to treat him as poet and musician and courtier, and show why it’s important to do so. I have never read anything that did nearly so good a job of showing how musical and poetic language interact.”

“The first book-length account of Machaut’s life and works to include the perspective of musicology as well as of history and literature, Elizabeth Eva Leach’s book provides an excellent synthesis of current scholarship and will be an important reference point for readers in several disciplines.”

—Ardis Butterfield, author of Poetry and Music in Medieval France 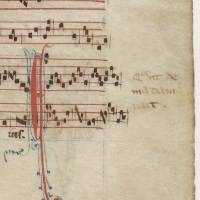 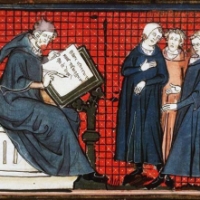 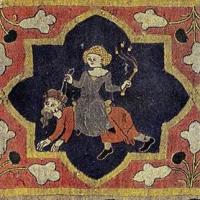